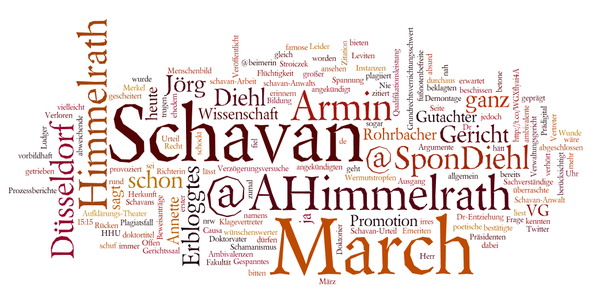 The grandfatherly face of responsible Conservatism (Ronald Reagan) is gone.

In his place the ever dogma influenced Republican party has inserted the hatchet-faced visage of neo conservatism, Eric Cantor, a man who doesnâ€™t understand as Ronald Reagan did, that things could get worseâ€¦ have been and will be if the debt limit isnâ€™t raised.

Thatâ€™s where we are going. All the people who knew that things could be worse are dying off and guys like Eric Cantor who havenâ€™t seen any real hardship in their lives are posturing to Dogma. Young guys and girls like Eric Cantor have never seen any hardships to match the effects of defaulting on the national debt. Anyone who supports that position is uniformed, dogma driven, and naïve.

No tax increases is the mantra of Tea Party influenced politicians. It is a destructive dogma. Our infrastructure crumbles and yet we yell no taxes.

I am the son of moderate to conservative Goldwater Republicans. I worked and believed in a reasonable Republican agenda of smaller government and a responsible population. I am a pragmatist, I will pay for what works and I am performance based and data driven. But, data doesnâ€™t suit anyoneâ€™s dogma. â€œThe tax legislation enacted under President George W. Bush from 2001 through 2006 cost $2.48 trillion over the 2001-2010 period. This includes the revenue loss of $2.11 trillion that results directly from the Bush tax cuts as well as the $379 billion in additional interest payments on the national debt that we must make since the tax cuts were deficit-financed.

We need to repeal the Bush tax cuts and return to the Clinton era ratesâ€¦they worked just fine as I see it.

I supported the original Bush bailout because I believed it was the only way to avert a financial calamity that would have precipitated a depressionâ€¦ conservatives who have a limited understanding of our financial underpinnings said let it happen it doesnâ€™t matter. Now the same types are playing with shutting down the Govâ€™t. Those who have always been and are comfortable now donâ€™t understand the potential real consequences. One of the problems with dogma is that it forces perfect to be the enemy of the good.

Americans are so used to listening to what someone says on TV and believing it if they hear it enough times. I call it our videofied mentality. Thus the Republicans stay on message so perfectly. The media handlers of the Reagan era really understood the use of the media and taught it to the Republican Party. They knew the image and appeal of their candidate was more the result of Death Valley Days, GE Theater, and â€œWin One for the Gipperâ€ than is was about his policies.

Now extremists, both religious and social, have taken over my former party and let people like Glen Beck and Michelle Bachman speak for the party. Itâ€™s a downhill slide. Gives a good fiscally responsible Republican a bad name. You notice I didnâ€™t say fiscally conservative. I believe fiscally responsible is a much more necessary characteristic. I believe, as does Warren Buffet, that to whom much is given much is expected. We have become a culture of â€œI got mine to Hell with you.â€

We will all pay for it in the end.

We had some friends over for dinner last night and we talked some about the peoplesâ€™ movement to challenge the established authority in Egypt.

Americans support democratic movements and are pleased and probably amazed that Egyptians pursued it so peacefully and with such determination. We, at dinner, are hopeful that it remains peaceful and that the military will turn over control to whatever civilian leadership is chosen in some sort of democratic process.

There is concern, mostly from the Right, that a more anti-American government will evolve when the people speak. But generally I think there is a feeling that the protests were not really anti-American but rather initiated by the youth, a nationalist movement of the Egyptian people seeking economic opportunity and the freedom to live their lives in a manner they choose.

Good Luck and Peace to them. Let us hope that this demonstration of peaceful change will show young Arabs what is possible and that the radical Islamist, al Qaeda, is not a vehicle for any positive change and only leads to more oppression and dictatorship of another kind.

Now it is time for a peaceful revolution in Israel. Will Zionism allow peace?

Denton. (tom) I have been up here listening to the news. All of the networks have their political shows on Sunday mornings and they have been full of comments on and discussion of the terrible event in Tucson.

All comments from reasonable people are calling for a dialing down of the heated rhetoric. There was some talk show radio host (whoâ€™s name I forget) on CNN’s „Reliable Sources“ who was accusing the President and his wife of using speech which was inciting people and he was close to yelling and our own Dick Armey was on „This Week“ on ABC saying that people have „legitimate concerns about the policies, they should be expressing, but hopefully they will be more civilly done.“

So my answer to your question of „has anything changed in the US?“ … is, unfortunately no. I have to say the verbal behavior of radio talk shows and the internet have not been beneficial to the process of „civil“ government. Talk by candidates about 2nd Amendment remedies against the „Government“ are inflammatory and as a former psychologist I know that verbal behavior is just as much a physical behavior as getting up and moving about your living room. We are all just critters. We are susceptible to verbal and other physical stimuli … just as is our household pet.

In spite of my dour frame of mind, I wish yaâ€™ll a more positive and peaceful 2011.

I will … In a few hours, but I’ll tell you now the Democrats will lose control of the house and maybe the Senate, but that is less likely.

The corporate and political action money flowing into the campaigns is ludicrous. $3 Billion. The conservative right has done nothing but say no and Obama let the most liberal Democrats be the face of his administration. Nancy Pelosi has been demonized in the right wing media and on the internet.

The American Public has what I call a videofied mentality. They get all their news from TV so they get sold propaganda ….about everything.

I also think that here in the South and to some degree nationwide, that many Americans have a problem with a black man attaining a status or position they can never see themselves attaining. Call it a latent racism or â€œwhite folkâ€ insecurity.

It may be a good thing that Republicans and the Tea Party activists do get control, so everyone will see they haven’t got any thing either. The fickle public has forgotten that the pro business deregulation policies of the business class and Republicans running our government have put us all at jeopardy. Under the guise of individual freedom and responsibility, fiscal conservatism has come to mean „I got mine, to Hell with you.“

Many of the small government types want to shut down big government. Dogma has no room for nuance, so they take a meat cleaver approach to policy. Let’s see how long my spoiled fellow Americans will be pro Tea Party or conservative dogma if they don’t get their garbage picked up or their social security check stop coming? Not long I’d wager. It really isn’t about Democrats versus Republicans. Money takes care of Money. Always has, always will.

Der Papst: The Great Catholic Cover-Up. The pope’s entire career has the stench of evil about it. … slate